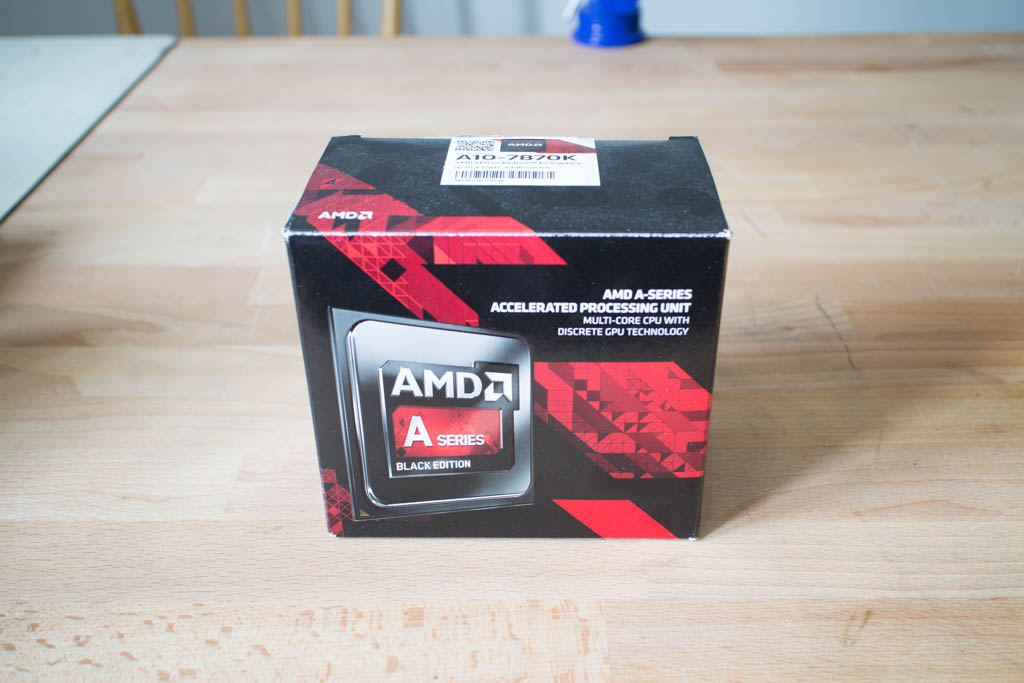 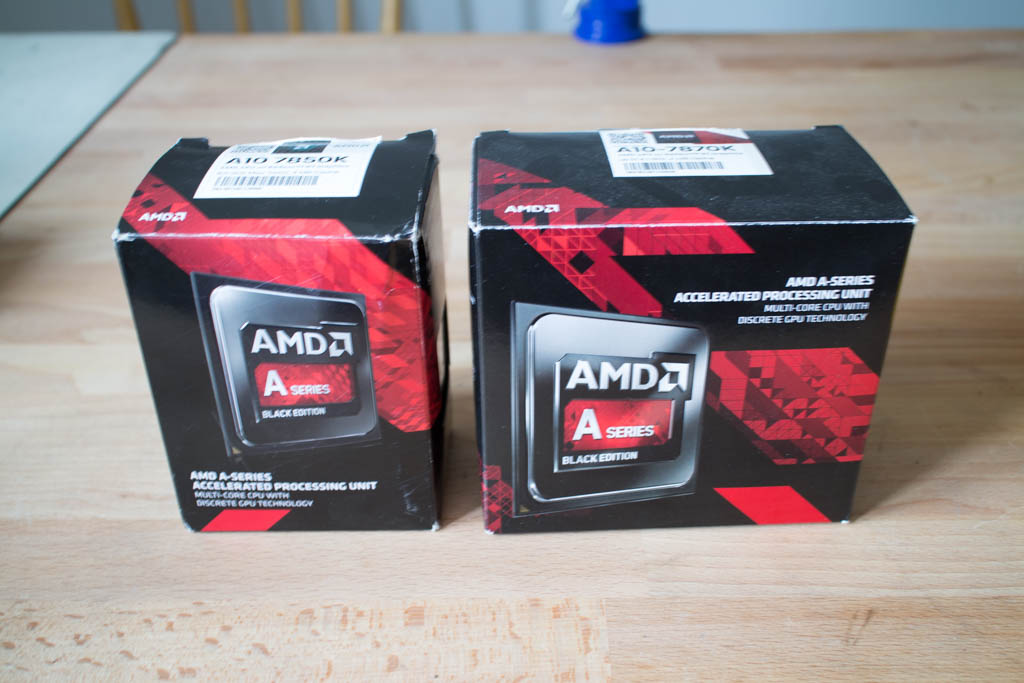 I am working on a really small build, if you go to our Projects section you will find a build called CURV3D, that case will be the base of this new build where I am making a really small PC that will fit in the living room and would be able to play games as well as watch movies in Full-HD. I will also use water cooling in this project which will be a big challenge because the case is very small.

AMD was nice to send me one of their APU’s, the A10-7870K for this project. As this is an interesting little piece of hardware I thought I would go through it here, run some benchmarks and also play the games that I tend to play myself and see how the APU handles them.

Secondly, AMD provides an upgraded cooler with copper heat pipes with the new A10-7870K as you see in the picture on your right. 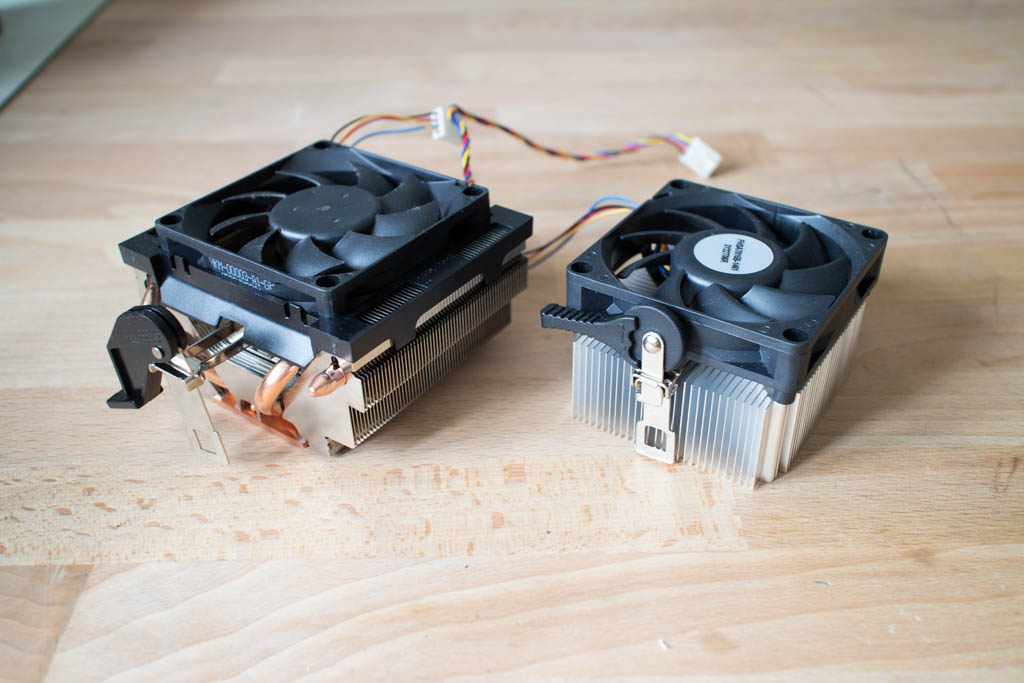 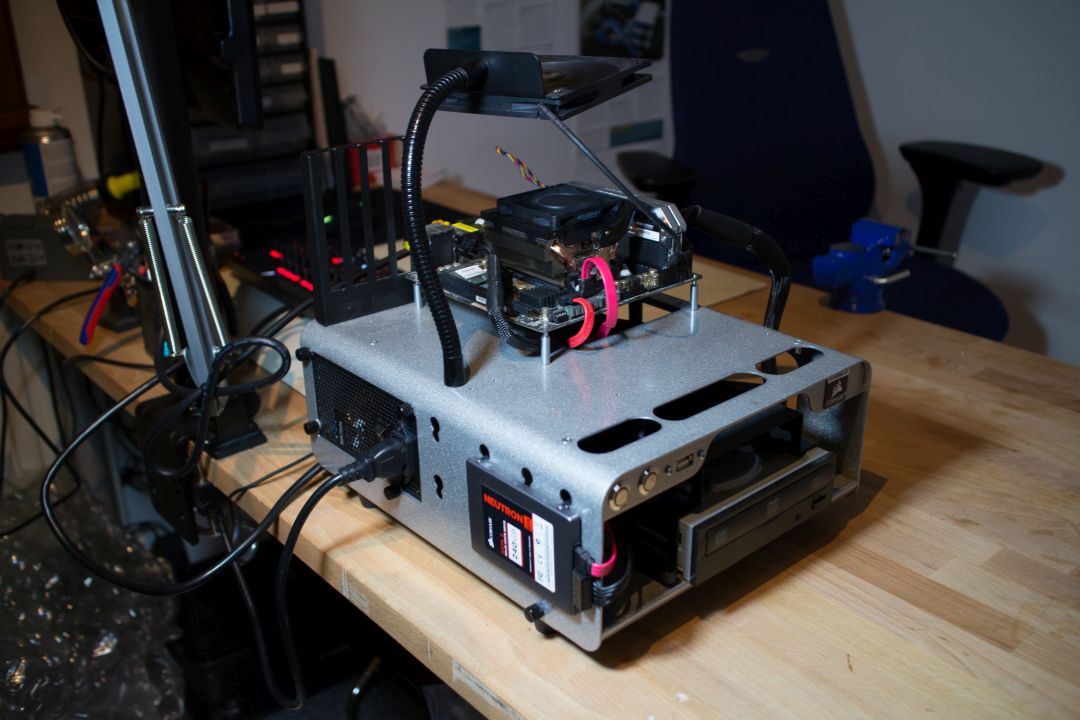 This is the same hardware that will go into the custom build later on. AMD’s APU really benefits from faster DRAM so I chose 2400MHz.

In my little workshop I have a test bench setup that I use for my projects and also for work, trying different hardware and configurations. The test bench I have is the Dimastech Nano-version. I tend to only use Mini-ITX and Micro-ATX so that’s why I got the Nano-version.

When I started using PC’s it was all about games. Nowadays though I don’t have time to play that much anymore, but the few times I have time for it, I mostly play one of these three games; Starcraft 2, Counter-Strike: Global Offensive and Dota 2.

I ran all these games in 1080p resolution and with the graphics options set to High. Fraps was used to document the minimum, maximum and average FPS as you can see in the chart to the right.


For testing the A10-7870K I used 3DMark and PCMark 8. With 3DMark I ran three tests, Fire Strike, Sky Diver and Cloud Gate, the last two are for more simple PC’s and Fire Strike for more extreme ones. I ran all tests three times and used the average score.

Overall I am positive about AMD’s A10-7870K, it handles the games I play pretty good, I did not have any problems while playing.

For my project I think it will be perfect, I will be able to play simpler games in my living room without a problem and watch movies in HD.

However, the A10-7870K will not run more demanding games, but I don’t think that really is the purpose either. If you are going to build a simpler PC for playing regular games and do web-browsing, watching movies etc, the A10-7870K is perfect. The best thing about it is that you don’t have to use a separate graphics card which means you can build much smaller PC’s.

Intel recently released their 8th generation of their Core CPUs with the codename "Coffee Lake".…

I have always played games on PCs, the only console I owned and used was…