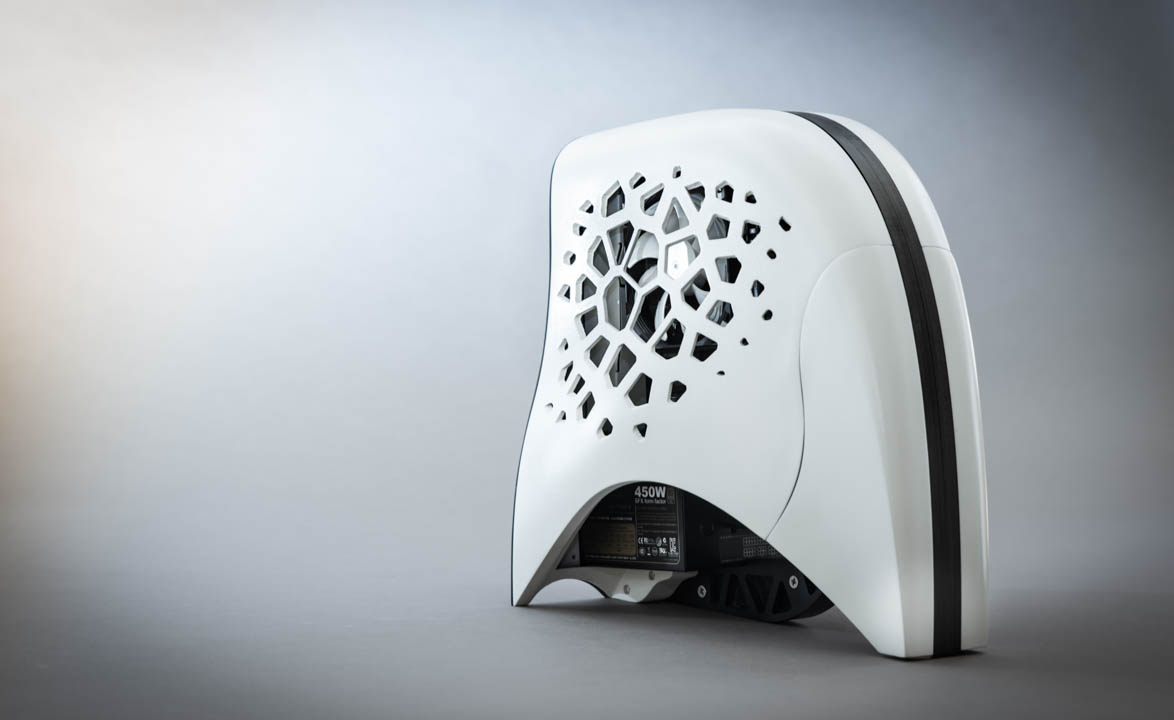 Years ago on the older version of this website I had a modding contest that was pretty popular, one of the winners from that contest is a very talented modder, Makirole. Back then he did a 3D-printed case for one of Intels NUCs. Now he done another 3D-printed mod and it is very beautiful.

So this months Featured Mod is about Makirole’s build Aetos.

So Alex, tell me a little bit about yourself and how you started modding?

I’m Alex, a PC modder from London and founder of Praetex Design.  I’ve only been modding PCs since 2013, having built my first one in late 2011.  I had always been fascinated by the scene, however, having grown up reading the likes of Bit-Tech’s featured mods and monthly competitions.

I was always fascinated with the idea of building a computer and then turning it into something more than just a machine.  When I was growing up, the concept seemed so alien and unapproachable to me, which I think only added to the mystique of the hobby.  After jumping on the DIY PC train, I quickly realised that I wanted to add some more exotic cooling to my rig.  At the time it was a ludicrously noisy thing, sporting two GTX 590s and an i7 3930k, long rendering sessions left a lot to be desired.  Switching to watercooling was my first real foray into the world of PC modding, although it was still only a very basic attempt.

My first big jump came with what I think of my first proper project, named Azure.  Despite watercooling my hardware previously, it still wasn’t delivering the performance I desired.  I decided to try pushing the boat out a little and doubled the cooling area, whilst also opting for, what was at the time novel, acrylic tubing.  This project is what allowed me to compete later in Bit-Tech’s Design a NUC competition, which ultimately paved the road for what I’m doing today. 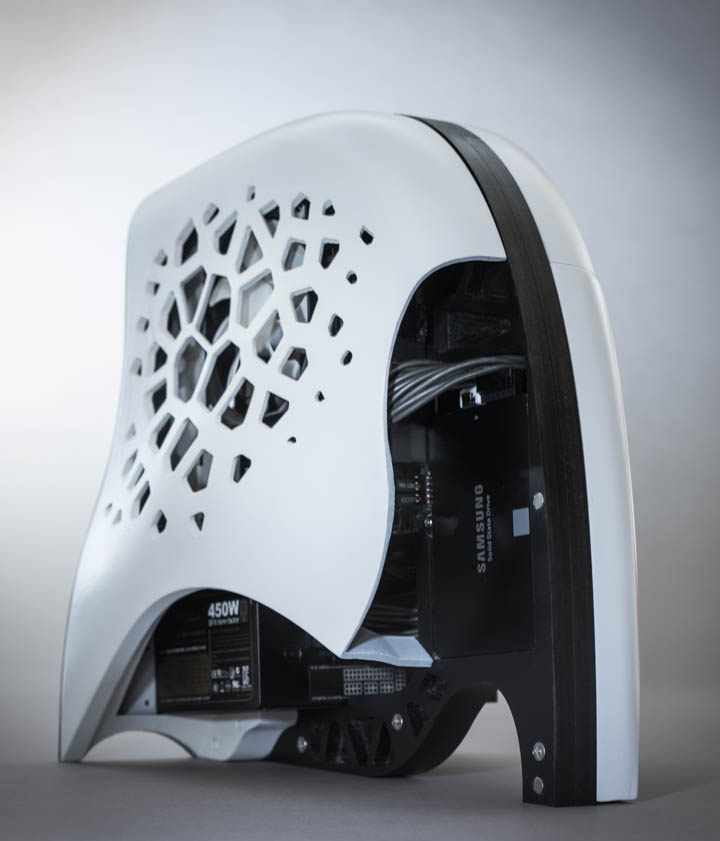 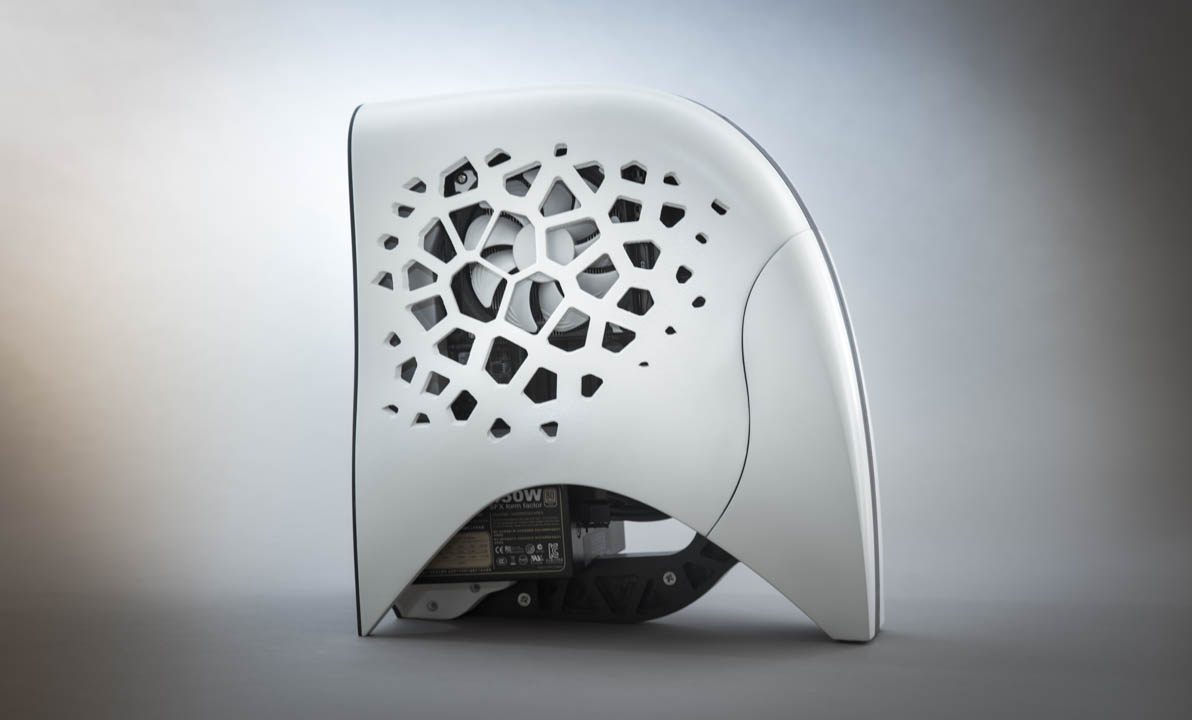 What whas your thought behind this beautiful project and where did you find your inspiration?

The project was spawned mostly from the brief given to me from AMD, where they wanted a build that would show off the capabilities of the Nano.  To me, that meant small and mobile, with the addition of low power consumption.  Since I was going small, I thought it would be a perfect opportunity to use processes that are prohibitive at larger scales, namely 3D printing.  By deciding on the construction method early on, it meant I could heavily build the design around that method.  3D printing allows for curves and organic shapes to be made, as well as internal mounting options that aren’t feasible with more traditional methods.

I looked to birds for inspiration.  The name Aetos comes from the Greek for Eagle, I liked the aggressive beak shape that predatory birds have, so used that for the basis of the chassis.  I took inspiration from the bone structure for the vents, employing a similar voronoi pattern to that of the interior of avian bones used to reduce their weight.

What was the biggest challenge with this project?

Aside from logistics, the biggest challenge was definitely trying to design everything to fit into the chassis whilst minimising overall dimensions.  The unique shape means there are basically no flat edges, only on the base and underside.  This was a real challenge to model parametrically, so that I could adjust dimensions depending on hardware changes that might be made later in the build process. 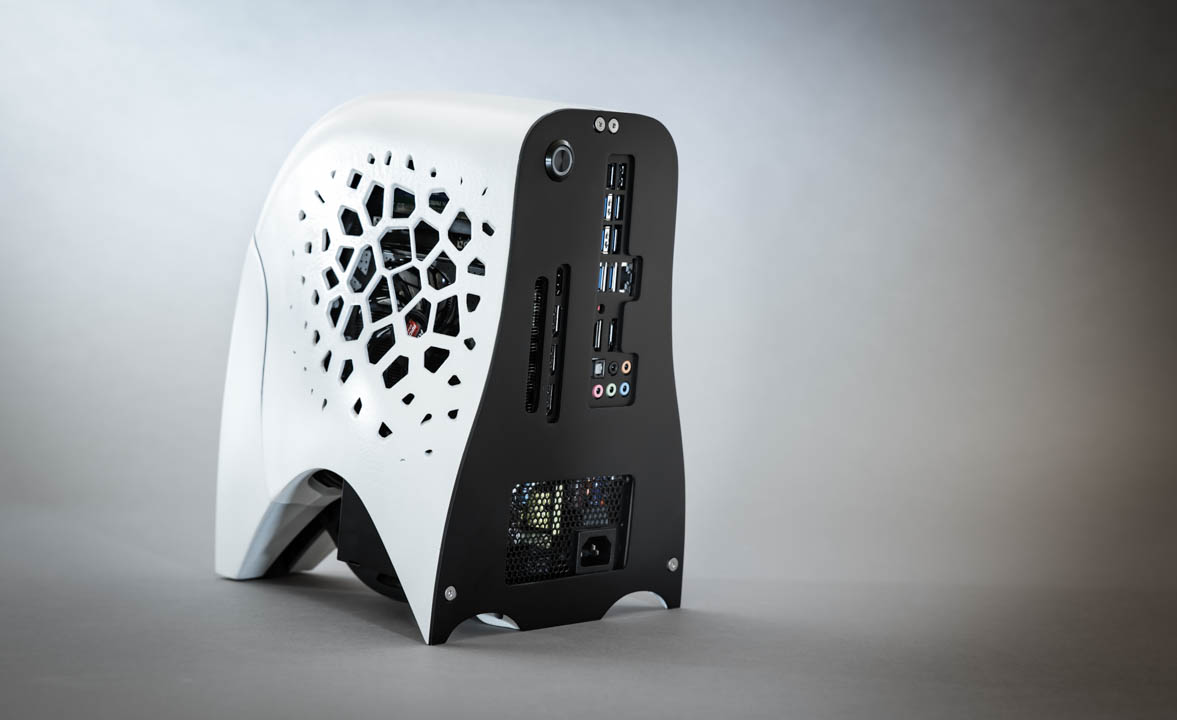 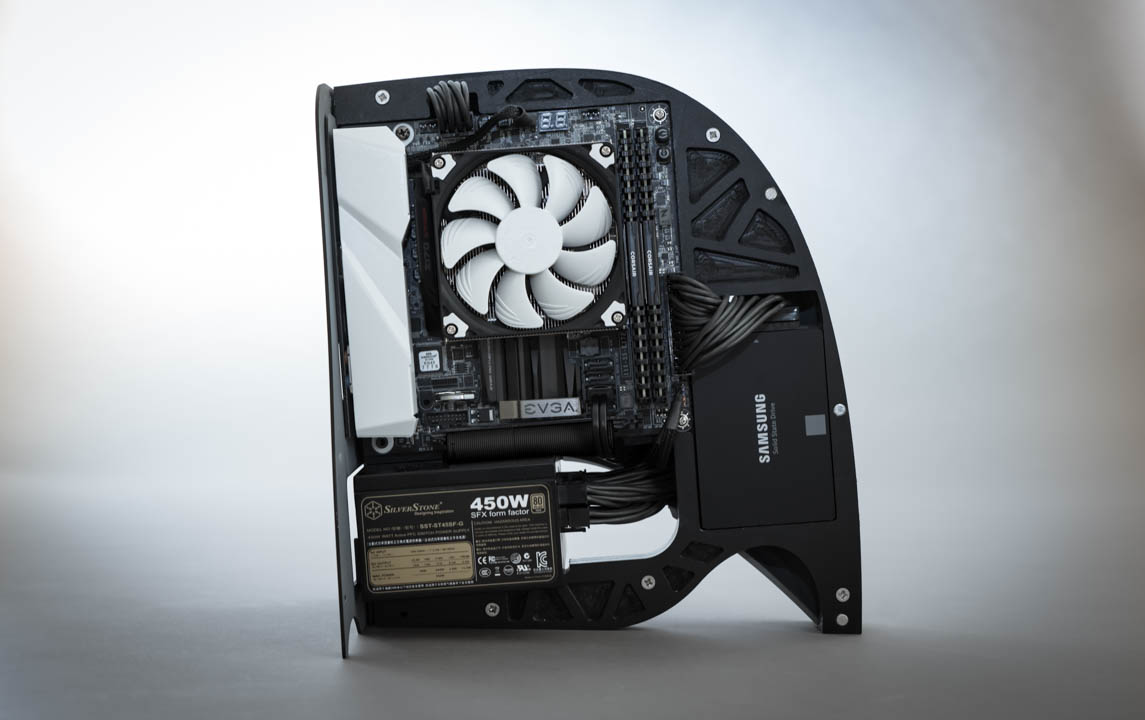 Thank you for your time Alex, any last words?

I’d like to say a word of thanks to AMD for enabling me to do this build, along with Parvum Systems for the CNC machining and Digits2Widgets for the 3D printing.  They were great to deal with even in the more trying times of the project, so my hat’s off to them!  I’m also really excited to see where 3D printing will take modding over the next few years.  With quality printers getting ever cheaper and more reliable, the process is becoming that much more accessible to the community.  I can’t wait to see where pioneers will choose to take things!

New month, new Featured Mod! This time it is one of the best mods from…

It is finally time for a new Featured Mod! This time I had the privilege…

It is time for a new Featured Mod, or it has been for a while.…