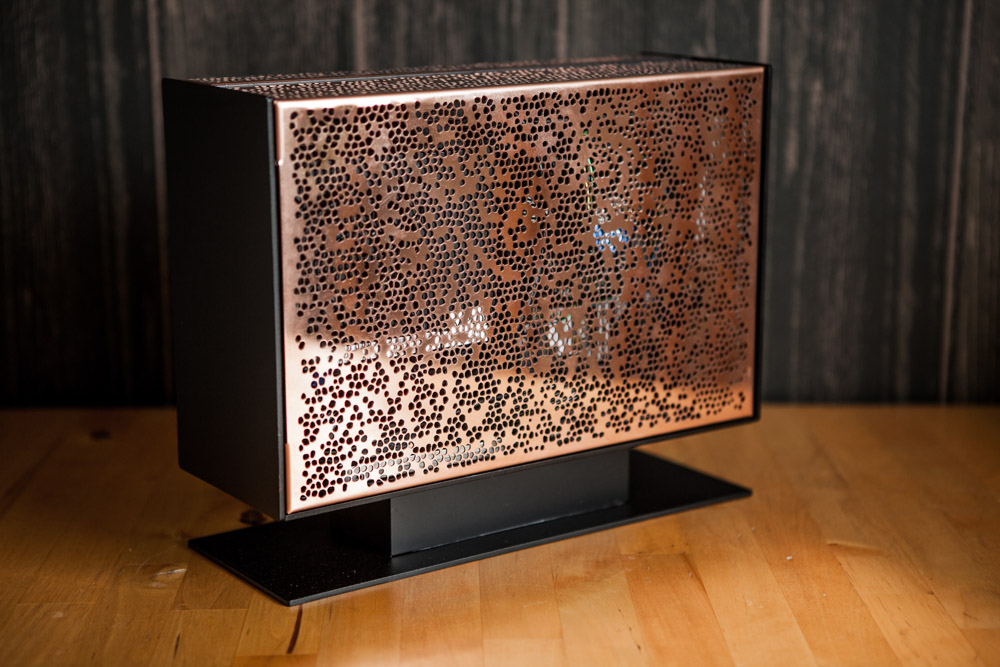 Is been a while since the last Featured Mod now, the initial thought was to have one every month, but that has not really worked out since I havent had time for it.

But when I saw this project I just couldnt let it go. It is very small and made with copper, which means awesomeness! The build is made by the swedish modder “Perkka”.

I got the privilege to talk to him a bit and ask a few questions.

So Pierre, tell me a little bit about yourself and how you started modding?

Okay, my name is Pierre and live in Borås, Sweden. I’ve always been the technical and tinkering kind of guy. I built my first PC in the 90’s when I had saved enough to buy the hardware. It was an AMD K6-2 machine. I think this was 98 or possibly 99.

A few years later I upgraded to another system based on the AMD Thunderbird which I later decided to watercool. This is where it all began with building my own watercooling, it was not easy to build watercooled systems back then like it is now. I had to build my own waterblock, which i did from a solid piece of copper. The rest of the cooling was based on what was possible to use back then, which was aquarium pumps, motorcycle or car parts, and plastic tubing.
Since there was neither chassis with space for watercooling or pieces sized to fit a chassis I had to cut a lot to be able to mount anything and fit it inside.

After that we can fast forward to recent years. There has not been much done until recent in the modding department, I’ve done my own finish for a 4.0 Audio setup in my living room and speaker stands for the front speakers. This is the latest thing I’ve made before Exile and the gap in between is probably about 5 years. 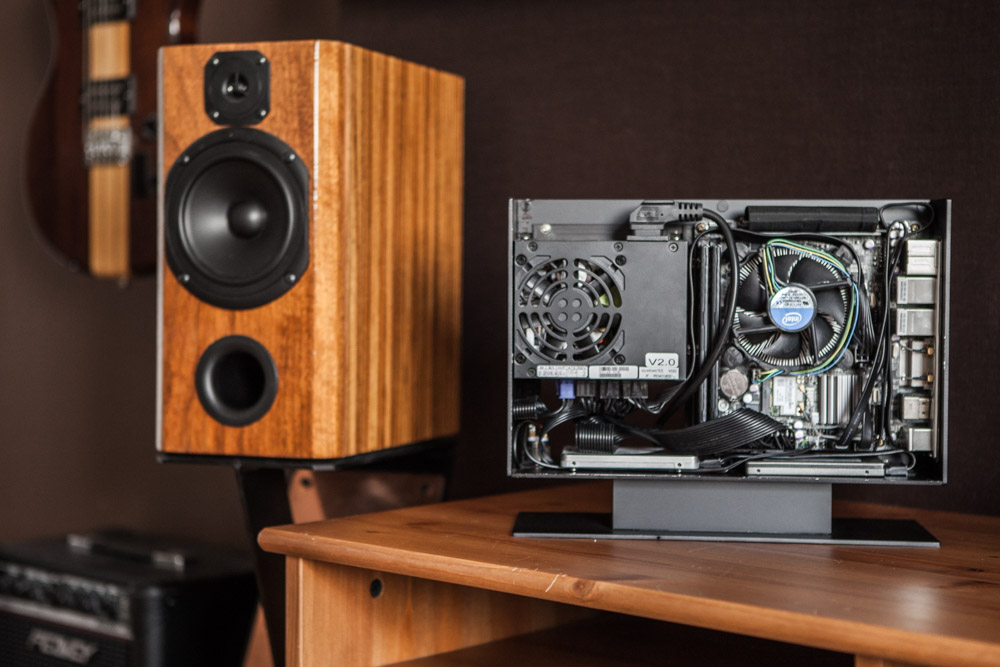 What whas your thought behind this incredible copper project and where did you find your inspiration?

My main thought was that I wanted a small but still capable machine thats also looks good, and i believe i did achieve that. The source of inspiration has been the internet, Haha.

No but seriously, there has been many hours of searching and finding inspiration in other peoples amazing projects and getting ideas. I do like copper but also wood and think they both works very well together, but also copper and black color, which is all 3 ingredients I’ve used in my earlier home surround project.

I felt that I wanted to continue on the same path and it ended with black painted aluminum and polished copper. There was ideas with leather parts for a while too.

What was the biggest challenge with this project?

It was cutting all the holes in the copper (got tons of help from my brother and his company for this part). It was water cut and the active machine time only was still a full work day. The machine could not take the large files created to cut it which forced us to split the files.

I can guess that it was active work for about 20 hours to get the sides finished even though its only 2 solid parts. 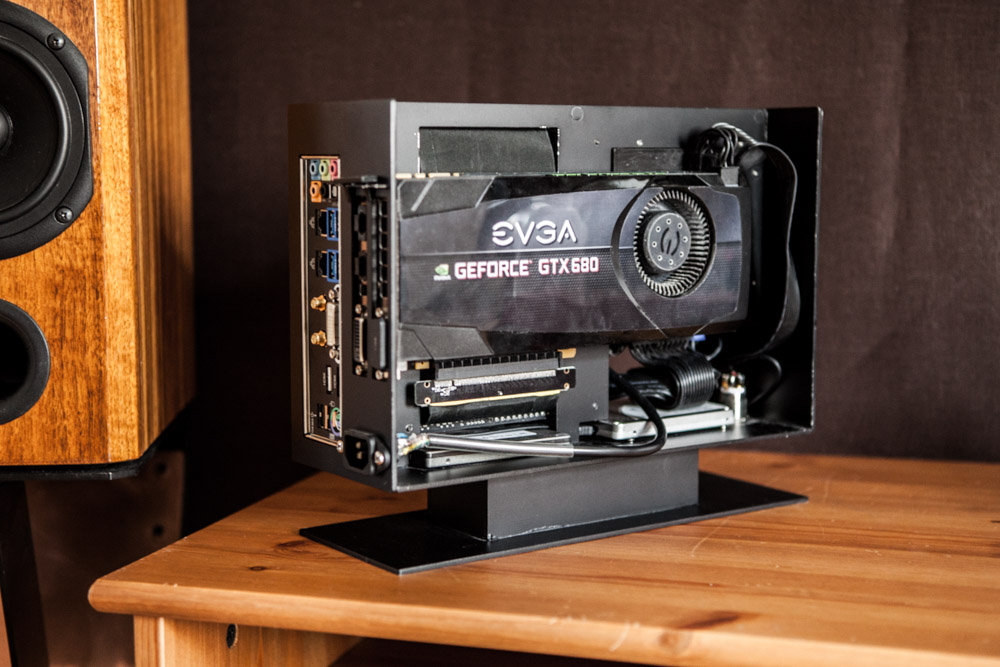 Thank you for your time Pierre, any last words?

Thanks for letting me participate and showcase my project. I have gotten lots of positive feedback which makes me happy, and It’s definitely not my last.

It is finally time for a new Featured Mod! This time I had the privilege…

It is time for a new Featured Mod, or it has been for a while.…

New month, new Featured Mod! This time it is one of the best mods from…